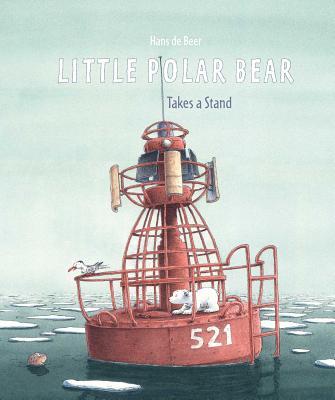 This is book number 11 in the LITTLE POLAR BEAR series.

Everyone's favorite little polar bear takes a stand for what's right in this story about friendship, working together, and the environment. Timed to coincide with the Little Polar Bears 30th Anniversary!

Help! Where there used to be lots of food, now there are hardly any fish left. But Lars and his friends know just what needs to be done. In helping to put things right Lars proves just what a brave little hero he is. This new story in time for the Little Polar Bear's 30th anniversary will inspire young readers to speak up for what they believe in.
Hans de Beer was born in Muiden, near Amsterdam, Holland. After briefly studying history, he finished his studies at the Rietveld Art Academy in Amsterdam. Little Polar Bear, Hans’s art school graduation project, brought him worldwide success and countless awards, and has been translated into thirty languages so far. Today Hans lives and works as a freelance illustrator with his wife, the Italian illustrator Serena Romanelli, in Amsterdam and near Florence, Italy.
This would be useful as an introduction to environmental issues for young children.
— Catherine Coyne

Little polar bear Lars is back—and this time, he needs to stop humans from depleting his fishing grounds...Scientific facts blend seamlessly with the fantasy of literal animal activists.
— Vicky Smith