The View from Who I Was (Paperback) 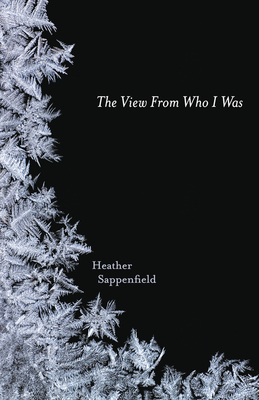 The View from Who I Was (Paperback)


Special Order—Subject to Availability
On a cold Colorado night, Oona Antunes leaves Crystal High's Winter Formal, walks deep into the woods, and lies down in the snow to die. She awakens in the hospital, suffering the effects of frostbite and hypothermia. But her physical injuries aren't nearly as painful as the wound she can't name, the one she feels cutting deep into the core of who she is. While recovering from her suicide attempt, Oona discovers that the roots of her problems go beyond herself. To fully understand what happened that night in the woods, she must confront not only her own pain but the hidden past that's suffocating someone she loves. The View from Who I Was is a story of the damage that can be passed down through the generations, and the healing that can arise from tragedy.
Heather Sappenfield (Vail, CO) received an MFA from Pacific University. She has written for The Writer's Chronicle, Mountain Flyer Magazine, and Mountain House and Home. Her fiction has appeared in Meridian, Shenandoah, Limestone, and Tampa Review. She has been nominated for a Pushcart Prize and has been a finalist for the Serena McDonald Kennedy Award, the St. Lawrence Book Award, the Doris Bakwin Prize, and the Flannery O'Connor Award.