Between Philosophy and Religion, Vol. II: Spinoza, the Bible, and Modernity (Hardcover) 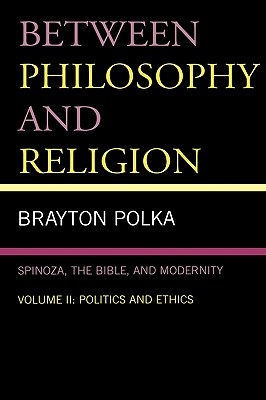 Between Philosophy and Religion, Vol. II: Spinoza, the Bible, and Modernity (Hardcover)


Not On Our Shelves—Ships in 1-5 Days
In Between Philosophy and Religion Volumes I and II, Brayton Polka examines Spinoza's three major works--on religion, politics, and ethics--in order to show that his thought is at once biblical and modern. Indeed, Polka argues that Spinoza is biblical only insofar as he is understood to be one of the great philosophers of modernity and that he is modern only when it is understood that he is unique in making the interpretation of the Bible central to philosophy and philosophy central to the interpretation of the Bible. This book and its companion volume are essential reading for any scholar of Spinoza.
Brayton Polka is professor emeritus of humanities and social & political thought at York University.