Nietzsche and Zen: Self Overcoming Without a Self (Studies in Comparative Philosophy and Religion) (Hardcover) 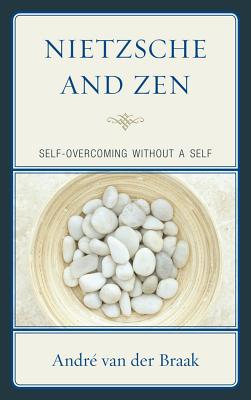 Nietzsche and Zen: Self Overcoming Without a Self (Studies in Comparative Philosophy and Religion) (Hardcover)


Not On Our Shelves—Ships in 1-5 Days
In Nietzsche and Zen: Self-Overcoming Without a Self, Andr van der Braak engages Nietzsche in a dialogue with four representatives of the Buddhist Zen tradition: Nagarjuna (c. 150-250), Linji (d. 860), Dogen (1200-1253), and Nishitani (1900-1990). In doing so, he reveals Nietzsche's thought as a philosophy of continuous self-overcoming, in which even the notion of self has been overcome. Van der Braak begins by analyzing Nietzsche's relationship to Buddhism and status as a transcultural thinker, recalling research on Nietzsche and Zen to date and setting out the basic argument of the study. He continues by examining the practices of self-overcoming in Nietzsche and Zen, comparing Nietzsche's radical skepticism with that of Nagarjuna and comparing Nietzsche's approach to truth to Linji's. Nietzsche's methods of self-overcoming are compared to Dogen's zazen, or sitting meditation practice, and Dogen's notion of forgetting the self. These comparisons and others build van der Braak's case for a criticism of Nietzsche informed by the ideas of Zen Buddhism and a criticism of Zen Buddhism seen through the Western lens of Nietzsche - coalescing into one world philosophy. This treatment, focusing on one of the most fruitful areas of research within contemporary comparative and intercultural philosophy, will be useful to Nietzsche scholars, continental philosophers, and comparative philosophers.