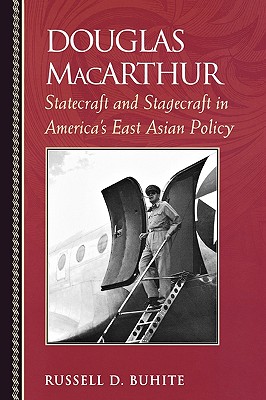 
Special Order—Subject to Availability
Buhite offers a trenchant evaluation of Douglas MacArthur's career in east Asia and his role in some of the most important military and diplomatic issues of the twentieth century. Concise and highly readable, this biography considers diplomatic fact in light of psychological insight, and asks us to look anew at both MacArthur and American involvement in the region. From Manila to Washington, with Tokyo and Seoul in between, readers follow the course of American foreign diplomacy in East Asia via MacArthur's own career. This fascinating intersection of personality and policy would make for newsreel footage and newspaper headlines, such as when he waded ashore Luzon Island in the Philippines and sent Washington provocative communiqu's about the People's Republic of China. Yet, as Buhite shows, grand gestures are not the substance of great foreign policy, and MacArthur's reputation merits critical reassessment. This is a must read for those interested in diplomatic and military history.
Russell D. Buhite is professor of history at the University of Missouri-Rolla. Among his numerous publications on American foreign policy, he is the author of Lives at Risk: Hostages and Victims in American Foreign Policy and the editor of Call to Arms: Presidential Speeches, Messages, and Declarations of War.