In and Against the State (Paperback) 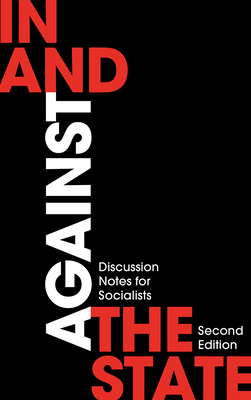 In and Against the State (Paperback)

Originally published as a pamphlet in 1979 and again by Pluto in 1980, In and Against the State brought together questions of working-class struggle and state power, exploring how revolutionary socialists might reconcile working in the public sector with their radical politics. Informed by autonomist political ideas and practices that were central to the protests of 1968, the book’s authors spoke to a generation of activists wrestling with the question of where to place their energies.

Forty years have passed, yet the questions it posed are still to be answered. As the eclipse of Corbynism and the onslaught of the global pandemic have demonstrated with brutal clarity, a renewed socialist strategy is needed more urgently than ever.

This edition includes a new introduction by Seth Wheeler and an interview with John McDonnell that reflect on the continuing relevance of In and Against the State and the questions it raises.

A working group of the Conference of Socialist Economists.

Seth Wheeler has over 20 years of experience within the domestic and international extra-parliamentary left(s). He is the editor of Occupy Everything, and co-founder of the communist organisation Plan C, and a founding editor of the online workerist journal Notes From Below. He has contributed to Novara Media since its inception. He is completing his PhD at Royal Holloway, University of London.