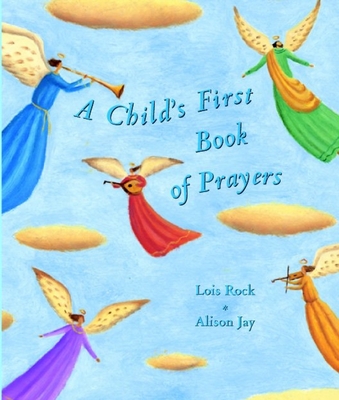 
Special Order—Subject to Availability
150 simple and sincere prayers for a child to treasure. Beautifully illustrated by Allison Jay, with prayers specially written and selected for children up to age 8, making the book an ideal gift for religious occasions from a baby's baptism to a child's first communion.
Lois Rock has established an international reputation as a children's writer. Specializing in Bible stories, prayer books, and information books, her books have been translated into over 30 languages with sales approaching 4 million copies. She draws on her experience as a mother of three, and as a leader of church children's groups.Alison Jay graduated with a first-class degree in illustration from the London College of Printing. She worked in animation before moving on to children's illustration. She is well known for her beautiful children's books illustrations and has been nominated for the Kate Greenaway prize four times. She won the Transworld Children's Book Award in the AOI Images Best of British illustration. Alison works in alkyd paint, which is a quick drying oil paint. Sometimes, she coats the illustration with layers of varnish to give the illustrations an aged crackled effect.
"Comforting...this book is an appealing package."  —Daniel Kraus, Booklist