We Are Not Broken (Paperback) 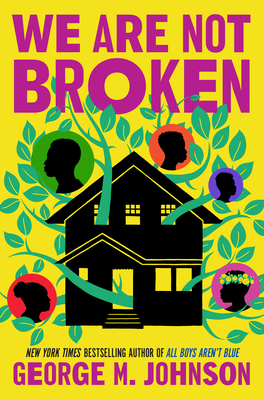 We Are Not Broken (Paperback)

This is the vibrant story of George, Garrett, Rall, and Rasul -- four children raised by Nanny, their fiercely devoted grandmother. The boys hold one another close through early brushes with racism, memorable experiences at the family barbershop, and first loves and losses. And with Nanny at their center, they are never broken.

George M. Johnson captures the unique experience of growing up as a Black boy in America through rich family stories that explore themes of vulnerability, sacrifice, and culture.

Complete with touching letters from the grandchildren to their beloved matriarch and a full color photo insert, this heartwarming and heartbreaking memoir is destined to become a modern classic of emerging adulthood.
George M. Johnson is an award winning Black nonbinary writer, author, and activist based in the New York City area and the author of memoirs We Are Not Broken and New York Times bestseller All Boys Aren't Blue. They have written on race, gender, sex, and culture for Essence, the Advocate, BuzzFeed News, Teen Vogue, and more than forty other national publications. They invite you to visit them online at iamgmjohnson.com and on Twitter @IamGMJohnson.