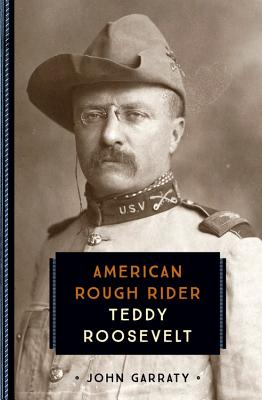 
Special Order—Subject to Availability
Theodore Roosevelt was much more than "just" the 26th President of the United States. He wore the titles of explorer, soldier, statesman and others you'll see in Teddy Roosevelt.

You may think of Teddy Roosevelt as a famous president and renowned explorer. But did you know that the man who grew up to become a strong hunter actually started life with a sickly childhood? This is just one of the interesting facts you will find in Teddy Roosevelt: American Rough Rider.

In this fascinating text you will join Teddy on his journey of transformation. Turn back the clock and follow along as he manages to shake off childhood illness and become an accomplished athlete. Learn about his career as an avid explorer, and see how it affected his life as an American soldier. All the way up through his career as an acclaimed statesman that would go on to be the President of the United States.

Teddy's larger-than-life personality is on full display in Teddy Roosevelt: American Rough Rider, and is accompanied with quotes and period photos throughout.

John Garraty was an eminent American historian. The author of many biographies, he also penned The Art of Biography and several standard textbooks. He was one of the editors of the American National Biography.