The Greening of Central Europe: Sustainable Development and Environmental Policy in Poland and the Czech Republic (Paperback) 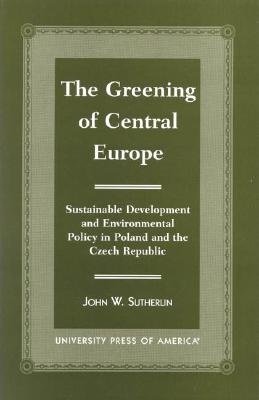 The Greening of Central Europe: Sustainable Development and Environmental Policy in Poland and the Czech Republic (Paperback)


Special Order—Subject to Availability
The Greening of Central Europe evaluates the environmental policies of Central Europe, using Poland and the Czech Republic as examples. John W. Sutherlin recognizes that since the Earth Summit II meeting in Rio de Janeiro in 1992, most states have attempted to incorporate the principles of sustainable development into their national environmental and economic management policies, in turn leading to less pollution and more favorable economic conditions in the long term. However, achieving this goal in the states that emerged from Soviet domination would seem nearly impossible. So Sutherlin portrays the political changes in Poland and the Czech Republic as a foundation for understanding the formation of environmental policy. He then summarizes how well each state has incorporated the principles of sustainable development into their policy-making systems. Finally, he evaluates various environmental measurements, including air quality, deforestation, and public health, to assess the successes and failures of each state. His conclusions provide a mixed result for sustainable development, especially for the transitional states in Central Europe, yet the evidence shows that the 'greening' of central Europe has begun.
John W. Sutherlin is a Research Associate for the Urban Waste Management & Research Foundation at the University of New Orleans and Adjunct Assistant Professor of Political Science at Tulane University.