Gone with the Gin: Cocktails with a Hollywood Twist (Hardcover) 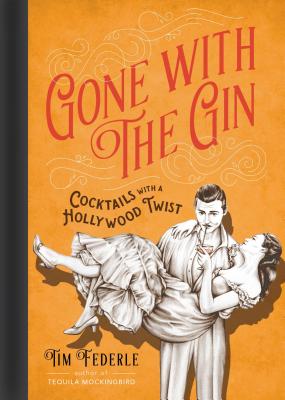 Gone with the Gin: Cocktails with a Hollywood Twist (Hardcover)

By Tim Federle
List Price: $16.00
Our Price: $15.00
(Save: $1.00 6%)
On Our Shelves Now at:
From best-selling author Tim Federle of Tequila Mockingbird fame comes Gone with the Gin, the ultimate cocktail book for film buffs.

We know your type. You love the smell of napalm in the morning, you see dead people, and you're the king (or queen!) of the world. The perfect gift for silver screen aficionados and a terrific twist on movie nights, Gone With the Gin includes 50 delicious drinks -- paired with winking commentary on history's most quotable films -- plus an all-star lineup of drinking games, movie-themed munchies, and illustrations throughout. Drinks include:

So go ahead, make my drink.

Tim Federle is the award-winning author of one of the world's bestselling cocktail recipe books, Tequila Mockingbird, as well as the Hollywood-themed spin-off Gone with the Gin, and the novelty board book Hickory Daiquiri Dock. His most recent book, Life Is Like a Musical, is a guide to life based on his experiences on Broadway. Declared "a prolific scribe whose breezy wit isn't bound to a single genre" by the Huffington Post, Tim also writes screenplays and novels. A native of San Francisco who grew up in Pittsburgh, Tim now divides his time between New York and the internet.

“[M]ovie lovers now have a perfect way to combine booze with the box office.”
–Parade

“This Gone with the Wind-Inspired Cocktail Will Make You, Frankly Our Dears, Not Give a Damn.”
--InStyle

“Gone With the Gin is a must-have cocktail book for movie buffs and cinephiles.”
--Billboard