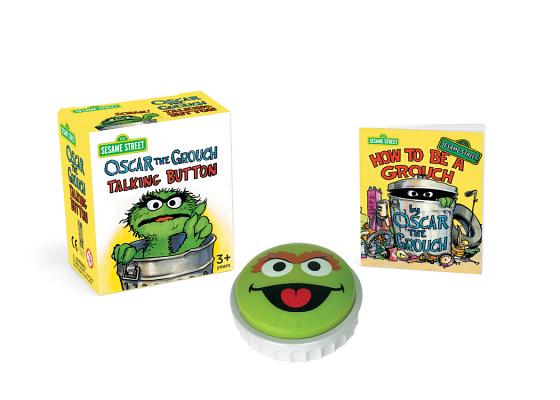 
Backordered
Let your family, friends, and co-workers know how you really feel with the Oscar the Grouch Talking Button! Including audio of 5 of Oscar's signature phrases voiced by Caroll Spinney, the talking button celebrates the grouch in all of us.

For Sesame Street fans of all ages, this nostalgic kit includes a desktop button that plays audio of Oscar's voice, spouting signature phrases such as "Scram!" and "Go away!" Also included is a mini book version of How to Be a Grouch, featuring the full text and illustrations created by Caroll Spinney.
Sesame Street debuted in 1969 and has been defining children's programming ever since. More than 90 million kids have watched Sesame Street in over the past four-and-a-half decades. Sesame Workshop is based in New York City.