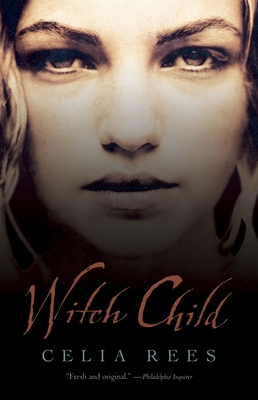 
Not On Our Shelves—Ships in 1-5 Days
"With its theme of religious intolerance and its touches of the supernatural, this is sure to be in high demand for a long time." — Kirkus Reviews

Welcome to the world of young Mary Newbury, a world where simply being different can cost a person her life. Hidden until now in the pages of her diary, Mary’s startling story begins in 1659, the year her beloved grandmother is hanged in the public square as a witch. Mary narrowly escapes a similar fate, only to face intolerance and new danger among the Puritans in the New World. How long can she hide her true identity? Will she ever find a place where her healing powers will not be feared?
Celia Rees is the author of many novels for teens. WITCH CHILD is her first with Candlewick Press. After reading about seventeenth-century witch persecutions and Native American shamanism, she says, "It occurred to me that the beliefs and skills that would have condemned a woman to death in one society would have been revered in another. That got me thinking, what if there was a girl who could move between these two worlds?... Mary came into my head and WITCH CHILD began."