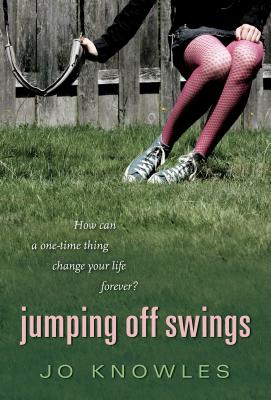 
Special Order—Subject to Availability
One pregnancy. Four friends. It all adds up to a profound time of change in this poignant, sensitively written YA novel.

Ellie remembers how the boys kissed her. Touched her. How they begged for more. And when she gave it to them, she felt loved. For a while anyway. So when Josh, an eager virgin with a troubled home life, leads her from a party to the backseat of his van, Ellie follows. But their "one-time thing" is far from perfect: Ellie gets pregnant. Josh reacts with shame and heartbreak, while their confidantes, Caleb and Corinne, deal with their own complex swirl of emotions. No matter what Ellie chooses, all four teenagers will be forced to grow up a little faster as a result. Told alternately from each character’s point of view, this deeply insightful novel explores the aftershocks of the biggest decision of one fragile girl’s life — and the realities of leaving innocence behind.
Jo Knowles is the author of the novel Lessons from a Dead Girl, an American Library Association Quick Pick for Reluctant YA Readers. The recipient of the 2005 PEN New England Children’s Book Discovery Award, Jo Knowles lives in Vermont.
Absorbing from first page to last, this sensitively written novel explores how a teenager’s crisis rocks her life as well as the lives of others.
—Publishers Weekly (starred review)