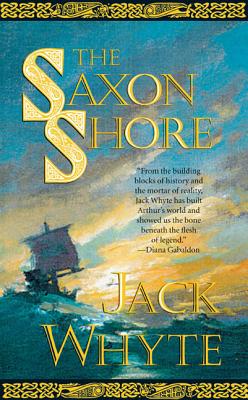 This is book number 4 in the Camulod Chronicles series.

Merlyn Britannicus and Uther Pendragon---the Silver Bear and the Red Dragon---are the leaders of the Colony, lifeblood to the community from which will come the fabled Camulod.

But soon their tranquility is in ruins, Uther lies dead from treachery, and all that is left of the dream is the orphaned babe Arthur. Heir to the Colony of Camulod, born with Roman heritage as well as the blood of the Hibernians and the Celts, Arthur is the living incarnation of the sacred dream of his ancestors: independent survival in Britain amidst the ruins of the Roman Empire.

When Arthur is adopted by Merlyn Britannicus, an enormous responsibility is placed on Merlyn's shoulders. Now he must prepare young Arthur to unify the clans of Britain and guard the mighty sword Excalibur.
And, above all, Merlyn must see that Arthur survives to achieve the rest of his ancestors' dreams, in spite of the deadly threats rumbling from the Saxon Shore.

"Of the scores of novels based on Arthurian legend, Whyte's Camulod series is distinctive, particularly in the rendering of its leading players and the residual Roman influences that survived in Britain during the Dark Ages."--The Washington Post

JACK WHYTE was born and raised in Scotland and has lived in Canada since 1967.  He has been an actor, orator, singer, and poet at various stages of his life, and was awarded an honorary doctorate of letters for his contribution to Canadian popular fiction.  Whyte is the author of the internationally bestselling Dream of Eagles series and the Templar trilogy.  He lives in Kelowna, British Columbia.
“From the building blocks of history and the mortar of reality, Jack Whyte has built Arthur's world and showed us the bone beneath the flesh of legend.” —Diana Gabaldon