The Librarians and The Lost Lamp (Paperback) 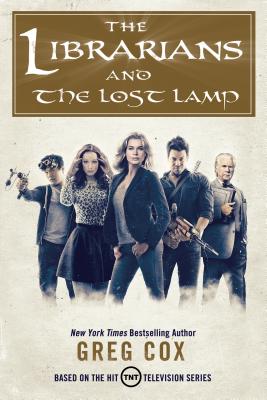 The Librarians and The Lost Lamp (Paperback)

This is book number 1 in the The Librarians series.

The first book in a new trilogy based on the hit television show, The Librarians, by Greg Cox.

For millennia, the Librarians have secretly protected the world by keeping watch over dangerous magical relics. Cataloging and safeguarding everything from Excalibur to Pandora’s Box, they stand between humanity and those who would use the relics for evil.

Ten years ago, only Flynn Carsen, the last of the Librarians, stood against an ancient criminal organization known as The Forty. They stole the oldest known copy of The Arabian Nights by Scheherazade, and Flynn fears they intend to steal Aladdin’s fabled lamp. He races to find it first before they can unleash the trapped, malevolent djinn upon the world.

Today, Flynn is no longer alone. A new team of inexperienced Librarians, led by Eve Baird, their tough-as-nails Guardian, investigates an uncanny mystery in Las Vegas. A mystery tied closely to Flynn’s original quest to find the lost lamp. . . and the fate of the world hangs in the balance.

GREG COX is the New York Times Bestselling author of numerous books and short stories. He has written the official movie novelizations of such films as Godzilla, Man of Steel, and The Dark Knight Rises. He has also written tie-in novels based on such popular TV series as Alias, CSI: Crime Scene Investigation, The 4400, Leverage, Star Trek, and Warehouse 13.