International Commodity Markets and the Role of Cartels (Paperback) 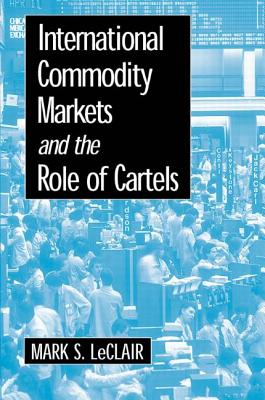 International Commodity Markets and the Role of Cartels (Paperback)


Special Order—Subject to Availability
(This book cannot be returned.)
The phenomenon of collusive international agreements (cartels) became widespread in the 1930s. At that time, attempts to control production and prices were mainly the prerogative of multinational firms operating in the developing (then colonized) world. The modern era of cartels began in the 1960s, when the governments of developing nations began to participate in commodity agreements to achieve increases and stability in the world price of their commodities. This book is principally concerned with the modern era of cartels. It goes beyond the singular example of petroleum and OPEC to examine the structure of international commodity markets for bauxite (aluminum ore), cocoa, coffee, rubber, sugar, and tin, and the conditions that led to the formation of cartels in those markets during the latter half of the twentieth century. Specifically, the work focuses on four major aspects of international commodity markets: patterns of production and consumption; economic dislocations to both importers and exporters due to price fluctuations; the formation of cartels as a solution to weak and variable commodity prices; and the likely effects arising from tightening raw material markets. The book concludes with a detailed examination of what the future holds for each of the cartels, and what role technology, 24-hour market trading, and decreasing foreign direct investment in producing countries will have on the management of commodity markets.