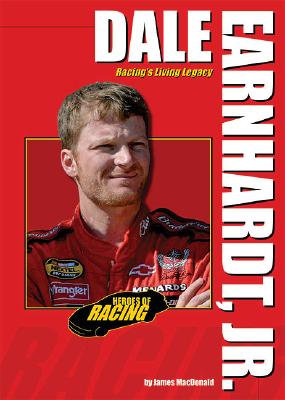 
Special Order—Subject to Availability
(This book cannot be returned.)
Millions of fans today see Dale Earnhardt, Jr. in the flaming red No. 8 car and think that with his name and family tradition, he was born to win races and accept the cheers of the crowd, but it was not easy. He had to grow up in the shadows of both his famous father and his grandfather, Ralph. Dale Jr. had to race cars knowing the fans would always compare him to those two other racing Earnhardts. In 1998 and 1999 he took home the Busch Grand National Series title, becoming the first driver to win such a championship after both his father and grandfather had won it before him. After his dramatic and emotional victory at the Daytona 500 in 2004, the race that took his father's life just three years earlier, Dale Jr. has emerged as one of NASCAR's best drivers. Exciting new title for reluctant readers.