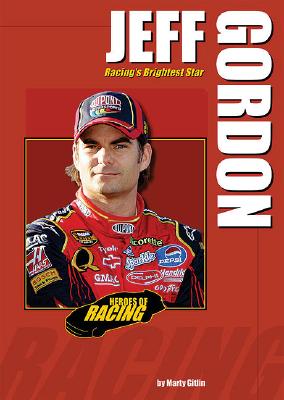 
Special Order—Subject to Availability
(This book cannot be returned.)
Jeff Gordon is one of the biggest stars on the NASCAR circuit. In 1997 Gordon became the youngest driver ever to win the Daytona 500, considered to be NASCAR's most prestigious race. Gordon won the Winston Cup three times from 1995 to 1998, and in 1998 he tied the record for most wins in a season with 13. Today, Jeff Gordon continues to compete at the highest levels of NASCAR, year in and year out. Reluctant readers will love this book.