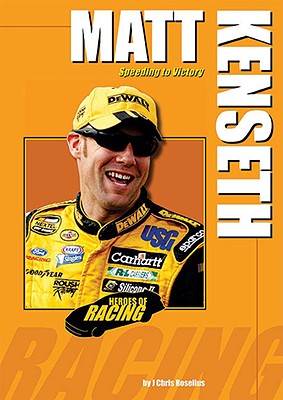 
Special Order—Subject to Availability
(This book cannot be returned.)
One of NASCAR's most successful competitors is Matt Kenseth. In 2000, he was named Winston Cup rookie of the year and then won it all in capturing the Nextel Cup championship in 2003, just his fourth year on the circuit. NASCAR watchers expect to see a lot more of Kenseth in the winner's circle in the years to come. Great for reluctant readers.