Groundswell: The Case for Fracking (Paperback) 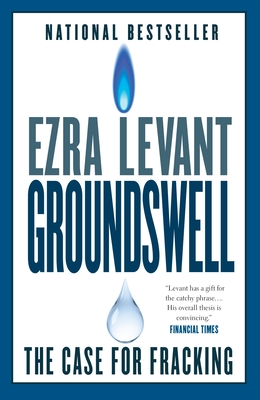 Groundswell: The Case for Fracking (Paperback)


Special Order—Subject to Availability
From a bestselling author comes a provocative exploration of the next big thing in energy--fracking--and its profound impact on geopolitics and the global economy.

In a few short years, the discovery of vast reserves of until now unreachable natural gas, and the adoption of a process to get at it, have brought about a shale-gas revolution that is transforming Canada and the United States. In Groundswell, Ezra Levant looks at fracking's enemies--who they are, and what they don't want us to know--and debunks claims about contaminated groundwater, fracking chemicals, and earthquakes. And he also looks at fracking's benefits: significant job and wealth creation, lower CO2 emissions, and, most importantly, increased political freedom. With natural gas in abundance, prices fall and the stranglehold of energy companies such as Russia's Gazprom loosens. Countries such as Ukraine, Poland, France, Israel, and China have vast reserves of shale gas, and accessing it could mean a monumental shift in energy politics.
In this timely and provocative book, Levant explores the promise of natural gas that fracking has made possible and provides an eye-opening look at a subject of growing international importance.

EZRA LEVANT is a lawyer, journalist, and political activist, and the host of The Source on SUN TV. He is the author of several books, including Shakedown, which won the Writers' Trust and Samara's Best Canadian Political Book of the Last 25 Years poll, and Ethical Oil, winner of the National Business Book Award.

Praise for Ethical Oil:
"[Levant's book] has clearly had a huge impact on the debate." Calgary Herald