Where Poppies Grow: A World War I Companion (Hardcover) 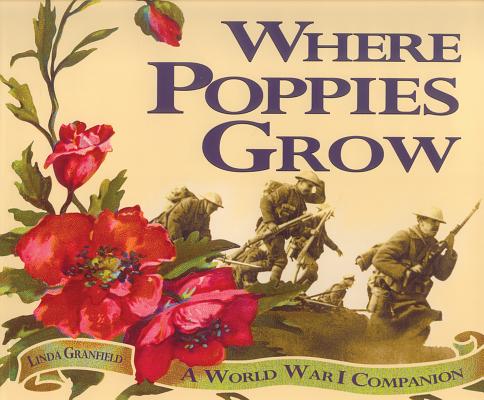 Where Poppies Grow: A World War I Companion (Hardcover)

Finalist for the Silver Birch Award

Winner of the 2002 Information Book Award

When World War I began in 1914, no one knew that millions of young people would die in the agonizing years ahead. No one imagined the effect it would have on family life, or that whole villages would disappear, or that entire nations would be changed forever. They believed their sons and daughters, mothers and fathers would be home by Christmas. They were tragically mistaken.

With photos, memorabilia, and anecdotes, Linda Granfield brings us face-to-face with people from all walks of life who risked everything for their country. These painstakingly-gathered bits and pieces are remnants of conflict on a scale never before witnessed. Hastily-penned letters, notes written in code, and prayers for deliverance form an eloquent portrait of humanity, and a startling comment on the devastation of war.

Linda Granfield is the author of 20 nonfiction titles including Where Poppies Grow, which was awarded the Children's Literature Roundtables of Canada Information Book Award and In Flanders Fields. She lives in Toronto, Ontario.