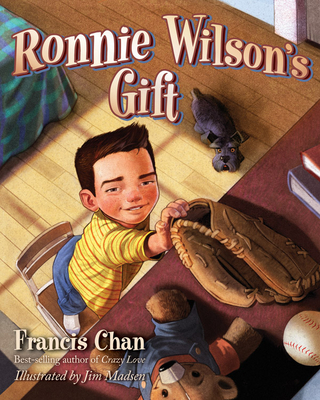 
Not On Our Shelves—Ships in 1-5 Days
A little boy’s attempts to give Jesus a gift teaches him the truth that what he does for others, he does for Jesus. When Ronnie Wilson learns of Jesus’ sacrifice, he wants to give Jesus a gift in return. But how can he get it to heaven? With each attempt he performs a simple act of service for someone in need, and eventually learns that what is done for the least in God’s kingdom is done for Jesus himself.  In the delightfully illustrated book Ronnie Wilson’s Gift, bestselling author and prolific speaker Francis Chan continues the series of children’s parables he began with Halfway Herbert and The Big Red Tractor.

Francis Chan has been a pastor for over thirty years. He is a New York Times–bestselling author of several books, including Crazy Love, Letters to the Church, and Until Unity. He and his wife, Lisa, have been married nearly thirty years and coauthored You and Me Forever. Currently, Francis and his family split their time between ministry and church planting in Northern California and Asia.