Me and Paul: Untold Stories of a Fabled Friendship (Hardcover) 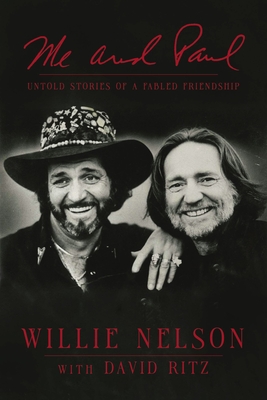 Me and Paul: Untold Stories of a Fabled Friendship (Hardcover)

By Willie Nelson, David Ritz (With)

"I've got this song that begs to be a book and a book that begs to read like a song--a long, romping ballad of sweetness and scandal bridging seven decades of friendship . . ."

Immortalized in Willie Nelson's road song "Me and Paul," Paul English was the towering figure who for 70 years acted as Willie's drummer, bodyguard, accountant, partner in crime, and right-hand man.

Together, the two men roamed the country, putting on shows, getting into a few scrapes, raising money for good causes, and bringing the joy of their music to fans worldwide. Stories of Willie and Paul's misadventures became legendary, but many have gone untold--until now.

Set against the backdrop of the exploding Americana music scene and told in Willie's inimitable, colorful style, Me and Paul follows the two performers through their decades-long careers.