The Lobster Chronicles: Life on a Very Small Island (Hardcover) 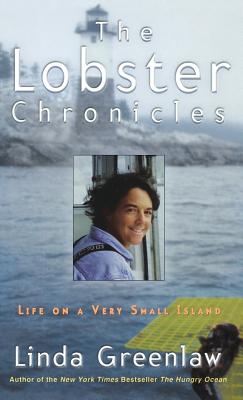 The Lobster Chronicles: Life on a Very Small Island (Hardcover)


Not On Our Shelves—Ships in 1-5 Days
Declared a triumph by the New York Times Book Review, Linda Greenlaw's first book, The Hungry Ocean, appeared on nearly every major bestseller list in the country. Now, taking a break from the swordfishing career that earned her a major role in The Perfect Storm, Greenlaw returns to Isle au Haut, a tiny Maine island with a population of 70 year-round residents, 30 of whom are Greenlaw's relatives. With a Clancy-esque talent for fascinating technical detail and a Keillor-esque eye for the drama of small-town life, Greenlaw offers her take on everything from rediscovering home, love, and family to island characters and the best way to cook and serve a lobster. But Greenlaw also explores the islands darker side, including a tragic boating accident and a century-old conflict with a neighboring community. Throughout, Greenlaw maintains the straight-shooting, funny, and slightly scrappy style that has won her so many fans, and proves once again that fishermen are still the best storytellers around.
Linda Greenlaw has been a deep-sea fisherman for 18 years, becoming the first and only female swordfish captain in the Grand Banks Fleet. This career earned her a prominent role in Sebastian Junger's runaway bestseller, The Perfect Storm and a protrayal in the subsequent film. She was raised in Maine and graduated from Colby College. Greenlaw now lives on Isle au Haut, Maine, where she captains a lobster boat.