Into the Wardrobe: C. S. Lewis and the Narnia Chronicles (Hardcover) 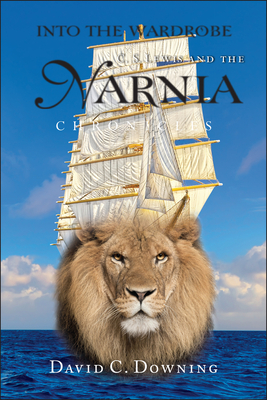 Into the Wardrobe: C. S. Lewis and the Narnia Chronicles (Hardcover)


Not On Our Shelves—Ships in 1-5 Days
Published in the early 1950s, C. S. Lewis's seven Chronicles of Narnia were proclaimed instant children's classics and have been hailed in The Oxford Companion to Children's Literature as the most sustained achievement in fantasy for children by a 20th-century author. But how could Lewis (a formidable critic, scholar, and Christian apologist)conjure up the kind of adventures in which generations of children (and adults) take such delight? In this engaging and insightful book, C. S. Lewis expert David C. Downing invites readers to join his vivid exploration of the Chronicles of Narnia, offering a detailed look at the enchanting stories themselves and also focusing on the extraordinary intellect and imagination of the man behind the Wardrobe.

Downing presents each Narnia book as its own little wardrobe - each tale an opportunity to discover a visionary world of bustling vitality, sparkling beauty, and spiritual clarity. And Downing's examination of C. S. Lewis's personal life shows how the content of these classic children's books reflects Lewis's love of wonder and story, his affection for animals and homespun things, his shrewd observations about human nature, along with his vast reading, robust humor, theological speculations, medieval scholarship, and arcane linguistic jokes. A fun glossary of odd and invented words will allow readers to speak with Narnian flair, regaling friends and family with unusual words like cantrips, poltoonery, hastilude, and skirling. A masterful work that will appeal to both new and seasoned fans of Narnia, Into the Wardrobe offers a journey beyond Narnia's deceptively simple surface and into its richly textured and unexpected depths.

THE AUTHOR DAVID C. DOWNING is a leading C. S. Lewis expert, award-winning author, and professor of English at Elizabethtown College in Lancaster County, Pennsylvania. His articles about Lewis have appeared in such publications as Christianity Today, Christianity and Literature, Books & Culture, Christian Scholars Review, and numerous other journals. His books include Planets in Peril, about the Space Trilogy; The Most Reluctant Convert, a biography of Lewis that was named one of the Top Ten Religion Books of the Year by the American Library Association; and Into the Region of Awe, a study of the mystical elements in Lewis's life and writings.