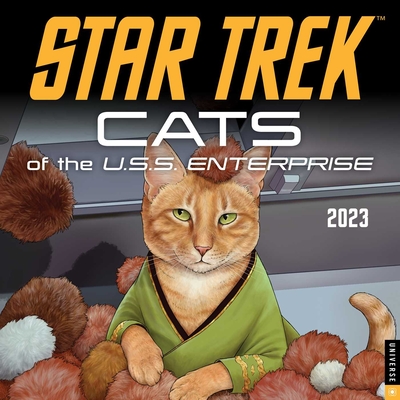 
Special Order—Subject to Availability
(This book cannot be returned.)
To boldly go where no Persian, Siamese, or tabby has gone before—or to just stand there and stare out into space—it's Star Trek: Cats 2023 Wall Calendar!