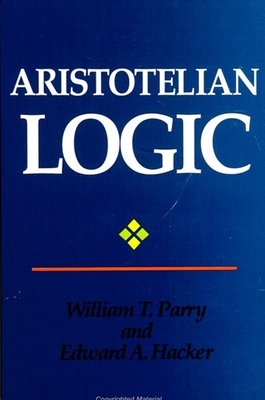 
Not On Our Shelves—Ships in 1-5 Days
(This book cannot be returned.)
This book provides detailed treatment of topics in traditional logic: the theory of terms; the theory of definition; the informal fallacies; and division and classification. Aristotelian Logic teaches techniques for solving semantic problems -- problems caused by confusion over terminology. It teaches the theory of definition -- the different kinds of definition and the criteria by which each is judged. It also teaches that definitions are like tools in that some are better suited for a particular task than others. Several chapters are devoted to informal fallacies. A new classification is given for them, and the concept of proof is presented, without which some of the traditional informal fallacies cannot be explained adequately. Another chapter is devoted to division and classification, which occurs in all of the sciences. Other topics covered include the square of opposition, immediate inferences, and the syllogistic and chain arguments.
William T. Parry was Professor of Philosophy at State University of New York at Buffalo. Edward A. Hacker is Associate Professor of Philosophy at Northeastern University.