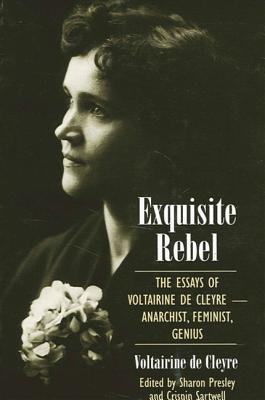 
Special Order—Subject to Availability
Emma Goldman called Voltairine de Cleyre "the most gifted and brilliant anarchist woman America ever produced." Yet her writings and speeches on anarchism and feminism--as radical, passionate, and popular at the time as Goldman's--are virtually unknown today. This important book brings de Cleyre's eloquent and incisive work out of undeserved obscurity. Twenty-one essays are reprinted here, including her classic works: "Anarchism and the American Tradition," "The Dominant Idea," and "Sex Slavery." Three biographical essays are also included: two new ones by Sharon Presley and Crispin Sartwell, and a rarely reprinted one from Emma Goldman. At a time when the mainstream women's movement asked only for the right to vote and rarely challenged the status quo, de Cleyre demanded an end to sex roles, called for economic independence for women, autonomy within and without marriage, and offered a radical critique of the role of the Church and State in oppressing women. In today's world of anti-globalization actions, de Cleyre's anarchist ideals of local self-rule, individual conscience, and decentralization of power still remain fresh and relevant.
Voltairine de Cleyre (1866-1912) was one of the most original and important anarchist intellectuals of her time.Sharon Presley teaches psychology at California State University at Hayward. She is the founder and Executive Director of Resources for Independent Thinking and the National Coordinator of the Association of Libertarian Feminists.. Crispin Sartwell is Associate Professor of Art and Art History at Dickinson College and the author of several books. His most recent book is Against the State: An Introduction to Anarchist Political Theory, also published by SUNY Press. His political writing appears in The Washington Post, Los Angeles Times, The Philadelphia Inquirer, and Harper's, among other outlets. He also writes a syndicated weekly opinion column.