Zoo in the Sky: A Book of Animal Constellations (Paperback) 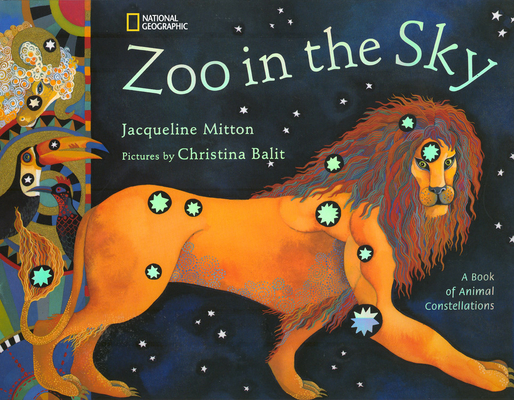 Zoo in the Sky: A Book of Animal Constellations (Paperback)


In Stock—Click for Locations
This award-winning book capturing the glittering light show of the constellations is now available in paperback. Take an illuminating ride through the starry night sky with National Geographic's Zoo in the Sky! Little Bear and the Great Bear in the Northern Sky; the scaly dragon winding his long tail; the Great Dog chasing the Hare in the Southern Sky; all are beautifully rendered in Christina Balit's vibrant art, studded with shiny stars, which perfectly illustrates Jacqueline Mitton's rich text. Awards include: Parent's Guide to Children's Media Award Parent Council Award REVIEW(S): A visually dynamic introduction to the animal constellations." -Booklist
Dr. Jacqueline Mitton holds an MA in Physics from the University of Oxford and a Doctorate in Astrophysics from the University of Cambridge. She lives in London, England. Christina Balit studied at the Chelsea School of Art and the Royal College of Art in England. Her paintings have been exhibited at the Royal Academy and the Royal Festival Hall. She was commended for the 1996 Kate Greenaway Medal.