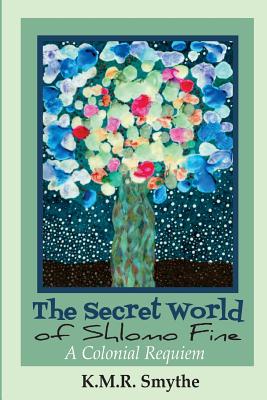 K.M.R Smythe grew up in Rhodesia Her family lived in the grounds of Ingutsheni Mental Hospital in Bulawayo from 1953-1971 where her father worked as a psychiatrist. As a child she grappled with many frightening situations and found strength and self-belief by becoming a successful tennis player. The Secret World of Shlomo Fine is an exploration of concealment and prejudice on many different levels. It is a story about an isolated and isolating experience inside one of the largest lunatic asylums built during British colonial rule in Africa. The book raises questions about the role that psychiatry holds in the Western imagination as accepted wisdom for healing human distress. What took place at Ingutsheni - first under British colonial rule, followed by UDI and the leadership of Ian Smith - needs to be more widely known. Similar institutions were built throughout the Empire, and many still exist throughout the world.