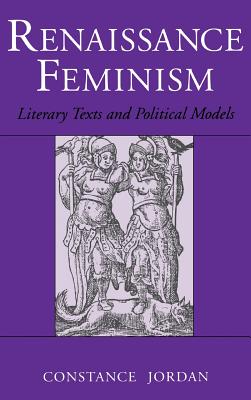 Considering a wide range of Renaissance works of nonfiction, Jordan asserts that feminism as a mode of thought emerged as early as the fifteenth century in Italy, and that the main arguments for the social equality of the sexes were common in the sixteenth century. Renaissance feminism, she maintains, was a feature of a broadly revisionist movement that regarded the medieval model of creation as static and hierarchical and favored a model that was dynamic and relational. Jordan examines pro-woman arguments found in dozens of pan-European texts in the light of present-day notions of authority and subordination, particularly resistance theory, in an attempt to link gender issues to larger contemporary theoretical and institutional questions.

Drawing on sources as varied as treatises on marriage and on education, defenses and histories of women, popular satires, moral dialogues, and romances, Renaissance Feminism illustrates the broad scope of feminist argument in early modern Europe, recovering prowoman arguments that had disappeared from the record of gender debates and transforming the ways in which early modern gender ideology has been understood.

Renaissance scholars and feminist critics and historians in general will welcome this book, and medievalists and intellectual historians will also find it valuable reading.

Constance Jordan is Professor of English at Claremont Graduate School. She is the author of Renaissance Feminism: Literary Texts and Political Models and Shakespeare's Monarchies: Ruler and Subject in the Romances, both from Cornell.