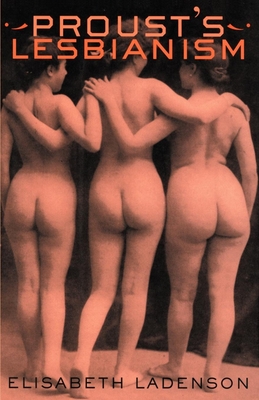 Traditional readings of the Recherche have dismissed Proust's Gomorrah--his term for women who love other women--as a veiled portrayal of the novelist's own homosexuality. More recently, queer-positive rereadings have viewed the novel's treatment of female sexuality as ancillary to its accounts of Sodom and its meditations on time and memory. Ladenson instead demonstrates the primacy of lesbianism to the novel, showing that Proust's lesbians are the only characters to achieve a plenitude of reciprocated desire. The example of Sodom, by contrast, is characterized by frustrated longing and self-loathing. She locates the work's paradigm of hermetic relations between women in the self-sufficient bond between the narrator's mother and grandmother. Ladenson traces Proust's depictions of male and female homosexuality from his early work onward, and contextualizes his account of lesbianism in late-nineteenth-century sexology and early twentieth-century thought.

A vital contribution to the fields of queer theory and of French literature and culture, Ladenson's book marks a new stage in Proust studies and provides a fascinating chapter in the history of a literary masterpiece's reception.

Elisabeth Ladenson is Associate Professor of French and Comparative Literature at Columbia University.