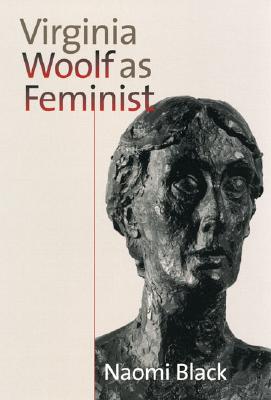 Before the Second World War and long before the second wave of feminism, Virginia Woolf argued that women's experience, particularly in the women's movement, could be the basis for transformative social change. Grounding Virginia Woolf's feminist beliefs in the everyday world, Naomi Black reclaims Three Guineas as a major feminist document. Rather than a book only about war, Black considers it to be the best, clearest presentation of Woolf's feminism.

Woolf's changing representation of feminism in publications from 1920 to 1940 parallels her involvement with the contemporary women's movement (suffragism and its descendants, and the pacifist, working-class Women's Co-operative Guild). Black guides us through Woolf's feminist connections and writings, including her public letters from the 1920s as well as "A Society," A Room of One's Own, and the introductory letter to Life As We Have Known It. She assesses the lengthy development of Three Guineas from a 1931 lecture and the way in which the form and illustrations of the book serve as a feminist subversion of male scholarship. Virginia Woolf as Feminist concludes with a discussion of the continuing relevance of Woolf's feminism for third-millennium politics.