What Is to Be Done? (Paperback) 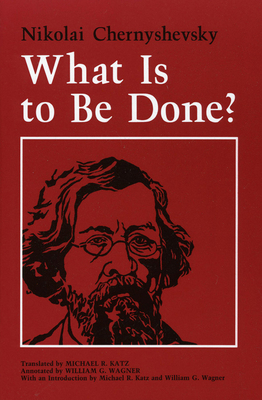 What Is to Be Done? (Paperback)

"No work in modern literature, with the possible exception of Uncle Tom's Cabin, can compete with What Is to Be Done? in its effect on human lives and its power to make history. For Chernyshevsky's novel, far more than Marx's Capital, supplied the emotional dynamic that eventually went to make the Russian Revolution."--Joseph Frank, The Southern Review

Almost from the moment of its publication in 1863, Nikolai Chernyshevsky's novel, What Is to Be Done?, had a profound impact on the course of Russian literature and politics. The idealized image it offered of dedicated and self-sacrificing intellectuals transforming society by means of scientific knowledge served as a model of inspiration for Russia's revolutionary intelligentsia. On the one hand, the novel's condemnation of moderate reform helped to bring about the irrevocable break between radical intellectuals and liberal reformers; on the other, Chernyshevsky's socialist vision polarized conservatives' opposition to institutional reform. Lenin himself called Chernyshevsky "the greatest and most talented representative of socialism before Marx"; and the controversy surrounding What Is to Be Done? exacerbated the conflicts that eventually led to the Russian Revolution.

Michael R. Katz's readable and compelling translation is now the definitive unabridged English-language version, brilliantly capturing the extraordinary qualities of the original. William G. Wagner has provided full annotations to Chernyshevsky's allusions and references and to the, sources of his ideas, and has appended a critical bibliography. An introduction by Katz and Wagner places the novel in the context of nineteenth-century Russian social, political, and intellectual history and literature, and explores its importance for several generations of Russian radicals.

Michael R. Katz is C. V. Starr Professor of Russian Studies at Middlebury College. He is the author of The Literary Ballad in Early Nineteenth-Century Russian Literature and Dreams and the Unconscious in Nineteenth-Century Russian Fiction. Katz is also translator of many books, including The Five, Sanin, and What Is to Be Done? also from Cornell. William Wagner is Associate Professor of History and Chair of the Russian, Soviet, and East European Studies Program at Williams College.