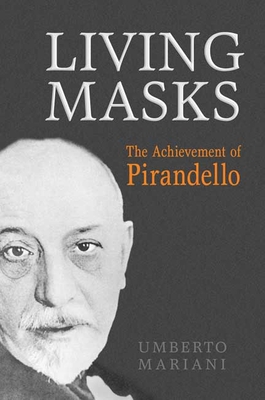 The Nobel Prize-winning dramatist Luigi Pirandello (1867-1936) is undoubtedly one of the most innovative playwrights of the twentieth century and also one of the most complex. While his influence spread throughout modernist and postmodernist works, many first-time audiences and readers are confronted with the difficulty associated with such a radical aesthetic experience. In Living Masks, Umberto Mariani presents a clear and comprehensive introduction of Pirandello's major plays for general readers, students, and scholars new to Pirandello.

Functioning as a guide to understanding the fundamental themes of Pirandello's plays, the author also examines the critical, aesthetic, and technical problems associated with these plays. He provides extensive reflection on some of the failings of early and contemporary criticism on Pirandello's works and offers many corrections of interpretative direction that will be significant and helpful to directors and performers. In particular, Mariani presents a deeper understanding and greater appreciation of Pirandello's works as a challenge to the tendency to adapt, and modify them, which drastically deprive the works of their original power and beauty.

A concise and accessible introduction to a twentieth-century literary master, Living Masks will be of interest to dramatists, literary scholars, and students and scholars of Italian studies.