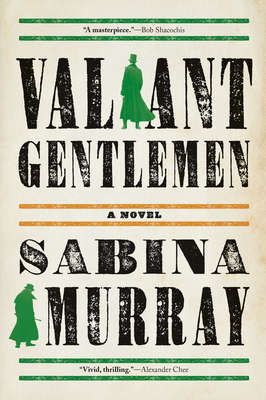 
Not On Our Shelves—Ships in 1-5 Days
A New York Times 100 Notable Books of 2016; A New York Times Editors' Choice; a Washington Post Notable Fiction Book of 2016; a Washington Independent Review of Books Top 25 Books of 2016 "A novel as vigorous, audacious and unpredictable as Casement himself . . . Murray] translates the past into a present as immediate as it is unnerving." --New York Times Book Review "Written beautifully, from the point of view of a writer who cares deeply." --Boston Globe "An imaginative exploration of the tragedy of lost friendship."--Los Angeles Times A New York Times Top 100 Books of 2016, Valiant Gentlemen is an epic and bold novel of friendship and betrayal set across four continents and a 40 year timespan. Reimagining the lives and intimate friendships of humanitarian and Irish patriot Roger Casement; his closest friend, Herbert Ward; and Ward's wife, the Argentinian-American heiress Sarita Sanford, in Valiant Gentlemen Sabina Murray takes the reader on an intimate journey, from Ward and Casement's misadventurous youth in the Congo to Ward's marriage to Sarita and their flourishing family life in France, to Casement's covert homosexuality and eventual involvement in Irish politics. Valiant Gentlemen is a uniquely human account of some of early 20th century's larger historical figures from a master writer of historical fiction. "A big, ambitious book . . . Murray is canny in tracing the near-imperceptible stages by which Casement and Ward land on opposite sides of bitterly divisive issues . . . A] wise, illuminating novel."--Washington Post
Sabina Murray grew up in Australia and the Philippines and is currently a member of the MFA faculty at the University of Massachusetts, Amherst. She is the author of Tales of the New World, A Carnivore's Inquiry, Forgery, and The Caprices, which won the PEN/Faulkner Award for Fiction.