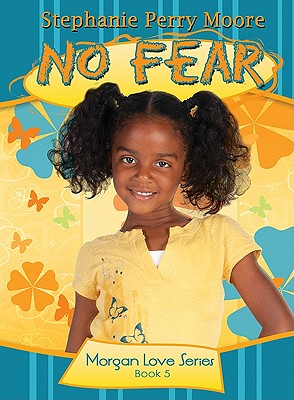 This is book number 5 in the Morgan Love Series series.

The Morgan Love Series is a chapter book series written for girls, 7 – 9 years old.  The series provides moral lessons that will aid in character development.  It will also help young girls develop their vocabulary, english and math skills as they read through the stories and complete the entertaining and educational exercises provided at the end of each chapter and in the back of the book.

Don’t be afraid. Have no fear. That is what Morgan’s parents and grandparents were always telling her.  But she was having a hard time doing what they said as she thought about the big test coming up and wondered if her daddy was on the navy shipped that was just attacked in the war. Morgan becomes even more frightened when she learns she has to go to court and tell the judge about the older girl who hurt her at school.

And as if that is not enough, Morgan’s fear grows worst and she is unable to sleep when she finds out that one of her classmates and friend has died in a car accident.  All she can think about is death. When Morgan shares her fears with her mommy and her mommy tells her about the good news from God and about Heaven, Morgan finally begins to understand why her parents and grandparents are always telling her to not be afraid and to have no fear.

STEPHANIE PERRY MOORE is the author of many Young Adult Christian fiction titles, including the Payton Skky series, the Laurel Shadrach series, the Perry Skky Jr. series, the Faith Thomas Novelzine series, the Carmen Browne series, and the Beta Gamma Pi series. She is also the co-editor for the impactful BibleZine, REAL. Mrs. Moore speaks with young people across the country, showing them how they can live life fully and do it God's way. Stephanie currently lives in the greater Atlanta area with her husband, Derrick, a former NFL player and author, and their three children. Visit her website at www.stephanieperrymoore.com.