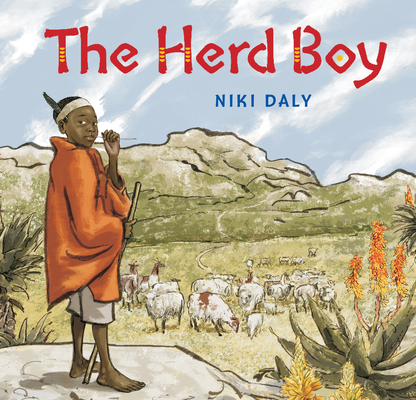 Malusi is a herd boy, which means that he must look after his grandfather's sheep and goats and protect them from harm on the grazing slopes. This is a big job for a small boy and one Malusi does well. Still, he dreams of being more than a herd boy: he wants to be president

When Malusi mentions these hopes, his friend Lungisa laughs and laughs. But after an attack by a hungry baboon and an encounter with Nelson Mandela, Malusi wonders if his dream isn't so impossible after all...

Niki Daly has written and illustrated a number of award-winning picture books, including Why the Sun and the Moon Live in the Sky (HarperCollins), Pretty Salma (Clarion), and Jamela's Dress (Frances Lincoln). Niki lives in Cape Town, South Africa. Follow him on Twitter at @DalyNiki.