Christ Among Us: Sculpted Images of Jesus from Across the History of Art (Hardcover) 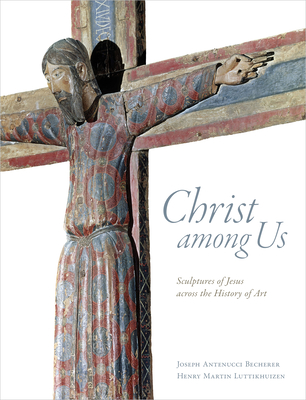 Christ Among Us: Sculpted Images of Jesus from Across the History of Art (Hardcover)

No single figure has been more often featured in Western art than Jesus Christ. Sculptures, particularly--though they have received less notice than paintings--provide some of the most moving representations in their capacity to show Christ alongside us in three-dimensional space.

In this "catalog for an imagined exhibition," two prominent art historians--one from the Roman Catholic tradition, one from the Protestant tradition--offer a guided tour of fifty-two sculptures of Jesus Christ from throughout the Western world. The chronological scope of the selection ranges from the third century to the present, with the work of well-known sculptors featured alongside the work of less familiar artists who deserve more attention. Along with lush, high-resolution photographs, each piece is accompanied by an essay that places it in context and brings it to life, so readers can experience the sculpture almost as vividly as they would in person. Those interested in devotional as well as artistic significance will find inspiration in the striking representations of Christ in his many forms: healer, sage, sovereign, and savior, from his humble yet majestic birth to his harrowing death and miraculous resurrection.
Joseph Antenucci Becherer is the director and curator of sculpture at the University of Notre Dame art museum. Formerly he was the founding director and curator of the sculpture program at Frederik Meijer Gardens & Sculpture Park and professor of art history at Aquinas College in Grand Rapids, Michigan. Henry Martin Luttikhuizen is professor of art history emeritus at Calvin University. He has coauthored and coedited several books on medieval and northern Renaissance art. Luttikhuizen also wrote numerous chapters for The History of Art: A Global View.