A Man of Good Hope (Paperback) 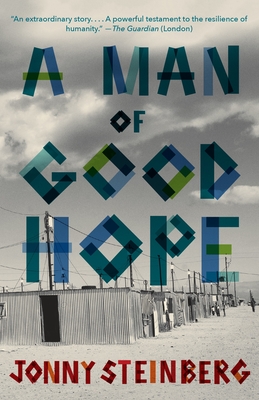 A Man of Good Hope (Paperback)

When civil war came to Mogadishu, the capital of Somalia, in January 1991, two-thirds of the city’s population fled. Among them was eight-year-old Asad Abdullahi. His mother murdered by a militia, his father somewhere in hiding, he was swept alone into the great wartime migration that scattered the Somali people throughout sub-Saharan Africa and the world.

This extraordinary book tells Asad’s story. Tossed from one catastrophe to another, Asad’s journey covers countries and continents, from the cosmopolitan streets of inner-city Nairobi to the Ethiopian hinterland; and the promises and pitfalls of Johannesburg, South Africa, whose streets he believed would be lined with gold. Thus begins a shocking adventure in a country richer and more violent than he could possibly have imagined, leading to the final coda of America. Throughout, A Man of Good Hope is a complex, affecting, ultimately hopeful portrait of Asad’s search for salvation, suffused with dreams and desires and a need to leave something permanent on this earth.

Jonny Steinberg was born and bred in South Africa. He is the author of the critically acclaimed Sizwe’s Test, published by Vintage (also published under the title Three Letter Plague), as well as Midlands and The Number, both of which won South Africa’s premier nonfiction literary award, the Sunday Times Alan Paton Prize. Steinberg was also a recipient of one of the inaugural Windham Campbell Prizes. He teaches African Studies at Oxford University.

“An extraordinary story. . . . A powerful testament to the resilience of humanity.” —The Guardian (London)

“Razor-sharp. . . . [Steinberg] works from the inside out. He places himself at the living, palpitating, always fragile heart of a story-in-the-making. . .  [A Man of Good Hope] trembles with the contingency of the lives Steinberg inhabits as a writer, as though the story itself, the telling of it, right now as you read, is implicated in his protagonist’s fate.” —Los Angeles Review of Books

“An engrossing book. . . . Compelling. . . . The humanity, suffering and bravery of Mr Abdullahi are palpable and make A Man of Good Hope a book well worth reading.” —The Economist

“A tale of luck, hustle, survival, and determination, A Man of Good Hope is an extraordinary examination of what it means to be human.” —Buzzfeed

“What a brave, important book. Steinberg’s writing is so human, so humane and so honest. . . . Steinberg stands shoulder to shoulder with other great writers who have also made sensible and visible so much that might otherwise remain insensible and invisible out of the political and human tragedies all too common in Africa—Michela Wong, Ryszard Kapuscinski and Ishmael Beah. Steinberg’s central question is one for all of us: what does it means to live a ‘fully human life’ and whom among us has either the courage or the luck to live that life?” —Alexandra Fuller, author of Scribbling the Cat

“[A Man of Good Hope] tells one man’s extraordinary and moving story, revealing the reality of life at the bottom of the world’s worst pile.” —The Times (London)

“A masterpiece. Steinberg has illuminated a modern African odyssey to brilliant effect.” —Martin Meredith, author of The State of Africa

“Only through Steinberg’s adroit persistence—he knows when to probe and pry and when to retreat when Asad seems nettled by constant questioning—can the account of Asad’s remarkable, almost miraculous life journey emerge.” —Minneapolis Star Tribune

“South African journalist Steinberg vividly recounts one Somali man’s experience of diaspora, resulting in a book that is part biography and part contemporary history. . . . Steinberg’s thoughtful approach and Asad’s attitude of droll resilience make for a tale that any reader can appreciate.” —Publishers Weekly

“Weaves together the many personas of a man whose story is at once unique and an archetypal example of an all-too-large collective. For truly capturing the power of dreams and the resilience of human nature, this book deserves a wide audience.” —Kirkus Reviews

“[I]ntuitively gentle writer, patiently and thoughtfully teases out the memories of a young Somali man, Asad Abdullahi, a ‘boy kicked through life like a stone’. . . . [Steinberg’s] caring, questioning prose illuminates how, after all Asad has endured and all he remembers, he can still be a man who carries hope with him. A remarkable story, skillfully etched.” —Booklist