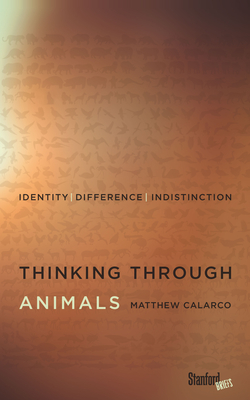 The rapidly expanding field of critical animal studies now offers a myriad of theoretical and philosophical positions from which to choose. This timely book provides an overview and analysis of the most influential of these trends. Approachable and concise, it is intended for readers sympathetic to the project of changing our ways of thinking about and interacting with animals yet relatively new to the variety of philosophical ideas and figures in the discipline. It uses three rubrics--identity, difference, and indistinction--to differentiate three major paths of thought about animals. The identity approach aims to establish continuity among human beings and animals so as to grant animals equal access to the ethical and political community. The difference framework views the animal world as containing its own richly complex and differentiated modes of existence in order to allow for a more expansive ethical and political worldview. The indistinction approach argues that we should abandon the notion that humans are unique in order to explore new ways of conceiving human-animal relations. Each approach is interrogated for its relative strengths and weaknesses, with specific emphasis placed on the kinds of transformational potential it contains.