My Life as a Gamer (The My Life series #5) (Hardcover) 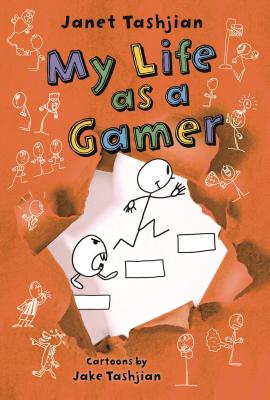 My Life as a Gamer (The My Life series #5) (Hardcover)

This is book number 5 in the The My Life series series.

Derek Fallon gets the chance of a lifetime—to participate in a gaming company focus group and to test out a new video game called "Arctic Ninja." Together with his friends Carly, Matt, and Umberto, Derek thinks his gaming talents will be showcased. But he soon realizes that everyone has got him beat, including whiz kid El Cid. On top of that, school reading tests have begun and Derek feels doubly off his game. Isn't there anything he's good at?

“Another fun, emotionally resonant read for the Wimpy Kid set and beyond.” —Kirkus Reviews on My Life as a Stuntboy

“A fast-moving plot and relatable protagonist make this stand-alone sequel a good choice for boys who, like Derek, would rather reach for a TV remote or game controller than a book.” —School Library Journal on My Life as a Stuntboy

“Fans of the first will be utterly delighted by this sequel and anxious to see what Jake will turn up as next.” —Bulletin of the Center for Children's Books on My Life as a Stuntboy

“This is a great package for kids, especially those like Derek who don't think they like to read.” —Booklist on My Life as a Stuntboy