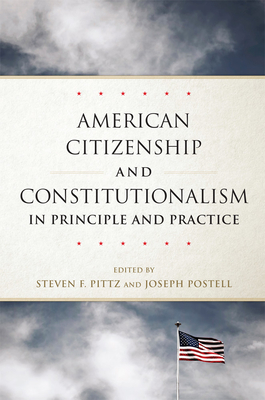 
Not On Our Shelves—Ships in 1-5 Days
Questions at the very heart of the American experiment--about what the nation is and who its people are--have lately assumed a new, even violent urgency. As the most fundamental aspects of American citizenship and constitutionalism come under ever more powerful pressure, and as the nation's politics increasingly give way to divisive, partisan extremes, this book responds to the critical political challenge of our time: the need to return to some conception of shared principles as a basis for citizenship and a foundation for orderly governance. In various ways and from various perspectives, this volume's authors locate these principles in the American practice of citizenship and constitutionalism. Chapters in the book's first part address critical questions about the nature of U.S. citizenship; subsequent essays propose a rethinking of traditional notions of citizenship in light of the new challenges facing the country. With historical and theoretical insights drawn from a variety of sources--ranging from Montesquieu, John Adams, and Henry Clay to the transcendentalists, Cherokee freedmen, and modern identitarians--American Citizenship and Constitutionalism in Principle and Practice makes the case that American constitutionalism, as shaped by several centuries of experience, can ground a shared notion of American citizenship. To achieve widespread agreement in our fractured polity, this notion may have to be based on "thin" political principles, the authors concede; yet this does not rule out the possibility of political community. By articulating notions of citizenship and constitutionalism that are both achievable and capable of fostering solidarity and a common sense of purpose, this timely volume drafts a blueprint for the building of a genuinely shared political future.