Eros and Civilization: A Philosophical Inquiry into Freud (Paperback) 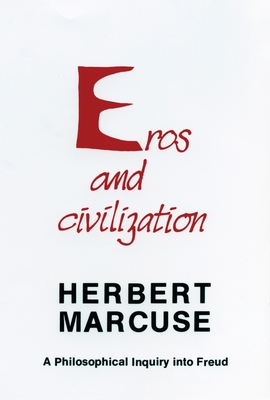 Eros and Civilization: A Philosophical Inquiry into Freud (Paperback)

In this classic work, Herbert Marcuse takes as his starting point Freud's statement that civilization is based on the permanent subjugation of the human instincts, his reconstruction of the prehistory of mankind - to an interpretation of the basic trends of western civilization, stressing the philosophical and sociological implications.

Herbert Marcuse (1898-1979) was born in Berlin and educated at the universities of Berlin and Freiburg. He fled Germany in 1933 and arrived in the United States in 1934. Marcuse taught at Columbia, Harvard, Brandeis, and the University of California, San Diego, where he met Andrew Feenberg and William Leiss as graduate students. He is the author of numerous books, including One-Dimensional Man and Eros and Civilization.
A philosophical critique of psychoanalysis that takes psychoanalysis seriously but not as unchallengeable dogma. . . . The most significant general treatment of psychoanalytic theory since Freud himself ceased publication. --Clyde Kluckhohn, The New York Times