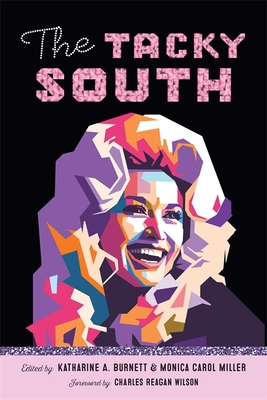 As a way to comment on a person's style or taste, the word "tacky" has distinctly southern origins, with its roots tracing back to the so-called "tackies" who tacked horses on South Carolina farms prior to the Civil War. The Tacky South presents eighteen fun, insightful essays that examine connections between tackiness and the American South, ranging from nineteenth-century local color fiction and the television series Murder, She Wrote to red velvet cake and the ubiquitous influence of Dolly Parton. Charting the gender, race, and class constructions at work in regional aesthetics, The Tacky South explores what shifting notions of tackiness reveal about US culture as a whole and the role that region plays in addressing national and global issues of culture and identity.

Katharine A. Burnett, associate professor of English at Fisk University, is the author of Cavaliers and Economists: Global Capitalism and the Development of Southern Literature, 1820-1860. Monica Carol Miller, assistant professor of English at Middle Georgia State University, is the author of Being Ugly: Southern Women Writers and Social Rebellion.