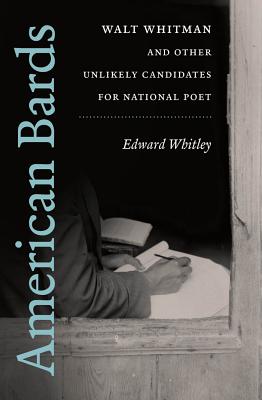 
Special Order—Subject to Availability
Walt Whitman has long been regarded as the quintessential American bard, the poet who best represents all that is distinctive about life in the United States. Whitman himself encouraged this view, but he was also quick to remind his readers that he was an unlikely candidate for the office of national poet, and that his working-class upbringing and radical take on human sexuality often put him at odds with American culture. While American literary history has tended to credit Whitman with having invented the persona of the national outsider as the national bard, Edward Whitley recovers three of Whitman's contemporaries who adopted similar personae: James M. Whitfield, an African American separatist and abolitionist; Eliza R. Snow, a Mormon pioneer and women's leader; and John Rollin Ridge, a Cherokee journalist and Native-rights advocate.
These three poets not only provide a counterpoint to the Whitmanian persona of the outsider bard, but they also reframe the criteria by which generations of scholars have characterized Whitman as America's poet. This effort to resituate Whitman's place in American literary history provides an innovative perspective on the most familiar poet of the United States and the culture from which he emerged.