Existence and the Existent (Paperback) 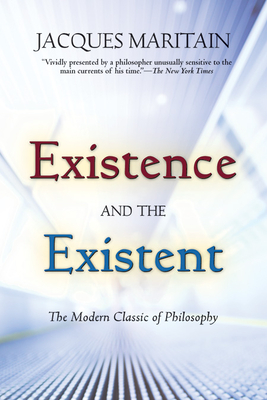 Existence and the Existent (Paperback)


Not On Our Shelves—Ships in 1-5 Days
Of Maritain's several books, EXISTENCE AND THE EXISTENT is today considered by many scholars to be his most significant work. It has been cited again and again over the years by leading intellectuals such as Thomas Merton, Michael Novak, and Pope John Paul II. An "Essay on Christian Existentialism" lies at the heart of his work. Its brief 144 pages were penned in Rome from January through April of 1947, as much of Europe still lay in the ruins of war and as the terribly disappointing Cold War of the subsequent era was just beginning. Its five compact chapters have resonated since first published and continue to do so all the more loudly as years progress. "Maritain (is) universally recognized as the leading Roman Catholic philosopher of our time.... The reader will not find here Thomist doctrine dissected like a corpse by a professor of anatomy. Rather it is vividly presented by a philosopher unusually sensitive to the main currents of his time." --New York Times Book Review +