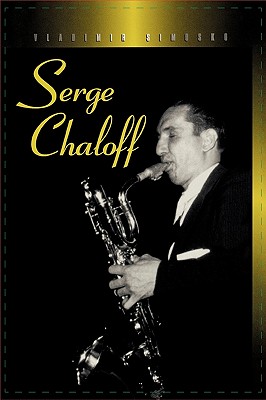 This is book number 27 in the Studies in Jazz series.

Serge Chaloff (1923-1957) is most widely remembered as the flamboyant baritone saxophone star with Woody Herman's 2nd Herd whose problems with drugs extended to erratic personal behavior. Nevertheless, there were many brilliant sessions featuring his work before and after his stint with Herman. This work attempts to bring them the recognition they deserve. Simosko details the life and music of Serge Chaloff in an engaging style, from his childhood in Boston, Massachusetts, through his untimely death in 1957. He also provides a discography of Chaloff's recorded output, much of which has been made available by the 1993 Mosaic Records release of The Complete Serge Chaloff Sessions.
Valdimir Simosko (M.L.S., Rutgers University) is Head of the Music Library at the University of Manitoba. He is the author of a critically acclaimed biography of Eric Dolphy (Smithsonian Institution Press) and Artie Shaw (Scarecrow Press, 1998).