Jimmy Dorsey: A Study in Contrasts (Studies in Jazz #30) (Hardcover) 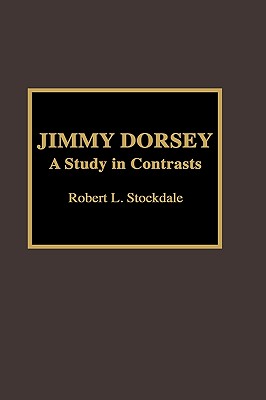 Jimmy Dorsey: A Study in Contrasts (Studies in Jazz #30) (Hardcover)

This is book number 30 in the Studies in Jazz series.

The Dorsey brothers were prominent members of the Big Band fraternity in the late thirties, forties, and fifties. Jimmy Dorsey: A Study in Contrasts is a bio-discographical text that spans Jimmy Dorsey's career as a musician, orchestra leader, and composer. The book is a collection of chronological listings of every recording on which Dorsey is believed to have played or have been present, interspersed with brief biographical notations and contemporary historical information that show the close relationship between his talents and his life experiences as well as points out the many contrasts between Jimmy and his brother Tommy in personality, business drive, and musical ability. Each listing contains an abundance of information about the studio, city, and date of the session, the name of the recording group, its personnel and their instruments, plus the matrix number, song title, vocalist (if any) and all the world wide releases known to be in existence (including 78 rpm, 45 rpm, EP, LP, 8-track, cassette, compact disc, and electrical transcription). The listings even include any other titles under which the recording may have been released. In addition to music, motion pictures, radio, and television programs on which Dorsey worked or appeared, the listings contain information about the Broadway musical productions where he was a member of the pit band. In all, over 3000 recordings and appearances are listed, making this an unequaled and minutely detailed reference on Jimmy Dorsey, one of the most influential musicians of the big band era.
Robert L. Stockdale is a retired broadcaster and computer information systems manager. An avid record collector, he is author of this volume's companion text: Tommy Dorsey: On the Side (Scarecrow Press, 1995), winner of the ARSC Award for Excellence in Historical Recorded Sound Research.